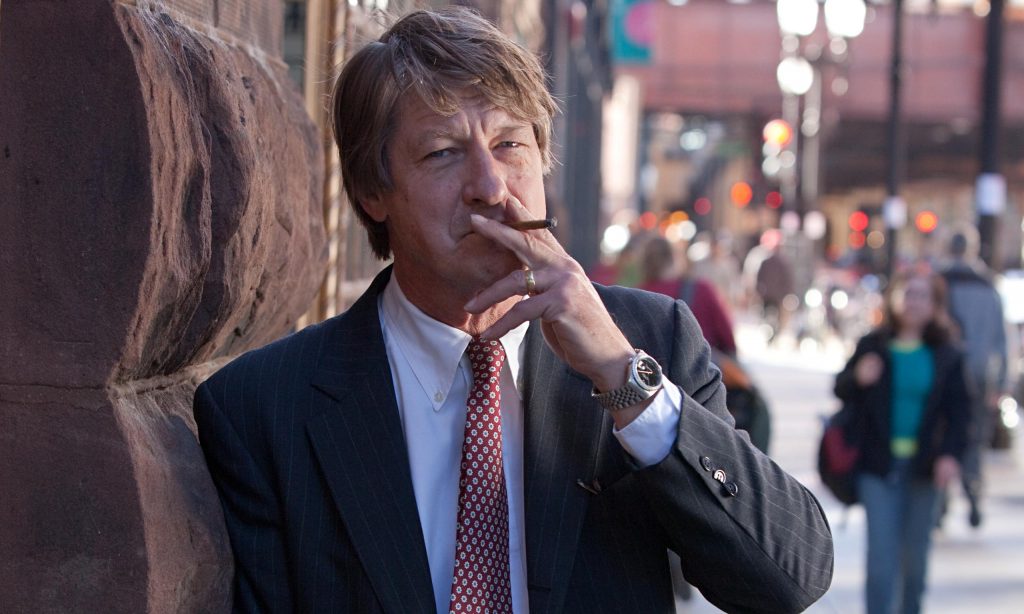 In the current isssue of Esquire, PJ O’Rourke attempts to analyze the clothing of all the presidential candidates (that is, all the ones we started with). O’Rourke opens the piece with a description of himself: “I’m no arbiter of style. I’m a navy-blue/banker-gray J. Press, barrel-cuff, club-tie duffer who buys a new suit when I start to see my knees between my trouser pinstripes.”

He has several more prep-centric quips and observations. Here he is on the Republican contenders:

Rand Paul seemed to declare that libertarianism means the freedom to cut your own hair. His rumpled, preppy style was said not to project authority.

A preppy would disagree. Paul projected the authority of a boarding-school housemaster who’s thrown on something quickly in the middle of the night because the boys are up past curfew having a pillow fight. But most Republican primary voters did not go to prep school.

Someone needed to tell Jeb Bush that although traditional American business attire is called a “sack suit,” this did not have to be taken literally. Jeb is the one fellow who should have heeded the playground taunt “Your mother dresses you funny” and gone home and let Barbara pick out his clothes. It worked for his brother and dad.

In his passage on presidents past, O’Rourke writes:

John F. Kennedy was perhaps the first politician to use his clothes as a sales tool. What he was selling was youth, or youth as it was conceived by the Greatest Generation when it was still youngish. He didn’t wear a hat! This was tabloid news fifty-six years ago. He didn’t wear a three-button suit. He wore a two-button suit. Oh, those zany Brooks Brothers! And he buttoned the buttons any way he damn well pleased, bottom button included. That’s what a free spirit and breath of fresh air JFK was.

Both Bushes did presidential well. The father sported a look that never went out of style because it never came into style, and his boy was modern enough to buy expensive suits tailored to look inexpensive.

And finally, on Bernie Sanders:

Sanders is also intentionally, brilliantly deaf to fashion. He wears mall-cop shoes. He ignores the fact that on TV a button-down shirt makes your necktie look like it has love handles. His suits are—nothing but cliché will serve—all over him like a cheap suit. Where does he even get them? Does Sears still sell mail-order suits?

You’d expect Bernie to go into lefty default mode—college poli-sci prof in tweed with elbow patches, cords, Hush Puppies, and a flannel shirt with a Rooster knit tie. But these togs would remind his supporters of homework. And socialism does entail difficult assignments, such as getting past the border guards on the Berlin (or Oberlin) Wall.

You can sign up for Esquire Classic for just $4.99 per month and read the current issue as well as all the ones from kinder, simpler times. — CC

5 Comments on "PJ O’Rourke Is A Barrel-Cuff, Club Tie Duffer"