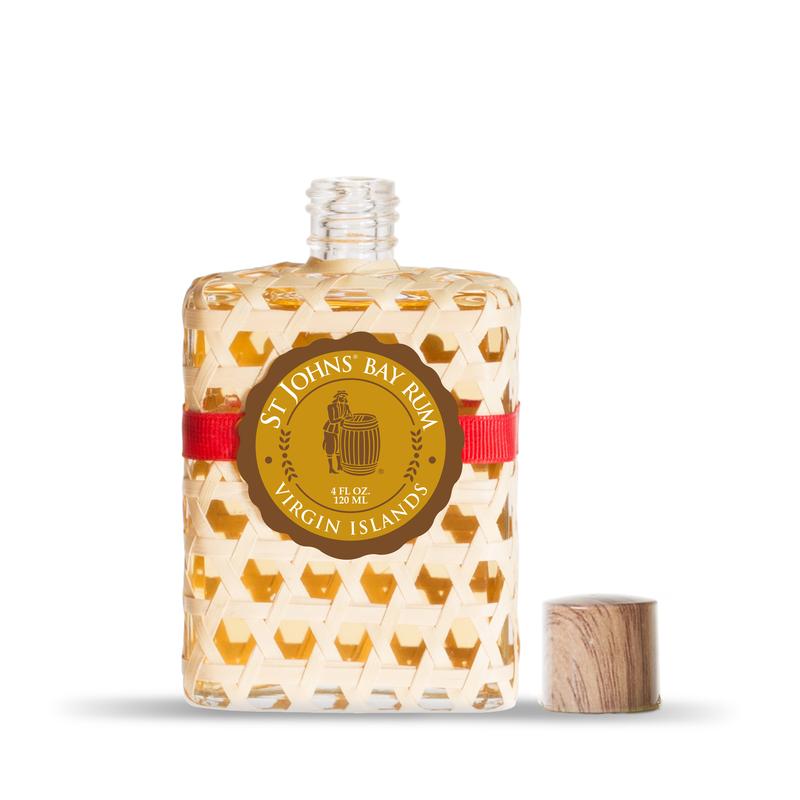 I haven’t worn aftershave in 30 years.  I have had a beard my whole adult life (and part of my childhood, if you count 10th grade as childhood).  The first time in 30 years I wear aftershave, and I had it strapped to my face.   I live in Westchester, NY, and was heading into town (that is what we call Manhattan) to stop by J. Press.  And to take my 13 year old daughter to meet a friend and chaperone that deal.  So I get to the train around 8:00ish.  And I see the sign – you have to wear a mask on the platform and on the train and in Grand Central.  I would have a good hour and fifty to get VERY closely acquainted with St Johns.  And I also used the soap that morning, an hour or so earlier.

Good thing it is a spot on fragrance.  But we’ll get to that.

I met with their CEO a few days earlier.  I am going to profile him.  He’s a great guy.  That’s the first reason to support them.  Great guy.  He gave me the :30 rundown of the company.  The story is – this company actually cares about trad.  Values, and tradition in general.   He told me about how it was created by a chemist who mixed St Johns Bay leaf oils (which were medicine) with Virgin Island rums – also medicine if you ask me.  I wasn’t at that particular party, but apparently no matter what else was going on the chemist remembered to write things down.  Thank god.

The bay rum part of St Johns Bay Rum took a hit during prohibition.  Until someone put aspirin in it (another stroke of genius, if someone put aspirin in Sangiovese I might have been able to add a few hundred extra functional mornings to my life).  The aspirin helped bay rum skirt the law, and at one point they were producing over 100,000 gallons of it annually.

US Naval Officer John Webb was stationed in St Thomas in 1947.   Webb began producing St Johns Bay Rum, AND came up with the packaging, the hand weave that is still done today. This weaving thing is no side note – Webb wound up with 200 families weaving tens of thousands of bottles a year.  In latter times, this kind of local effort and production became a moral benchmark.  Webb got there ahead of schedule.

Then came the greatest tagline you never heard.  Unless you did hear it.  Here:

“The lime of least resistance” blurs the line between ad copy and literature.  … … Ok.  That’s a stretch.  But it is a fantastic tagline.

So how was my train ride, with a mask that trapped the St Johns right up into my nose?  I will tell you.

I didn’t wear aftershave for 30 years because scent in almost anything I can’t eat bothers me.  This is different.  It transports you without making your eyes water.  And it transports anyone you let close enough, without making their eyes water either.  I’m not a wine reviewer (although god knows it wasn’t for lack of sampling) so I don’t write “hints of this and aromas of that with the personality of this and a dominant of that.”  St Johns is a sophisticated and layered smell, I do know that, and it evolves on you, I do know that.  And in a very, very good way.  I don’t have three angels in white bikinis accompanying me, but I was able to get feedback, and the feedback was all positive.  It is not just summery, but it has the right heft for the summer, too.  St Johns is a year-round endeavor.

The aftershave I used did what you want an aftershave to do – it tightened the areas where I shaved.  There are spices in it, there was consensus on that point.  But the spices themselves varied depending on the time of day and who I asked.  (Side note:  fun day, asking people to smell you.)  As I say, it evolves on you.  It is a masculine scent, but I suspect that it has to collaborate with each wearer individually.  You really should try it. 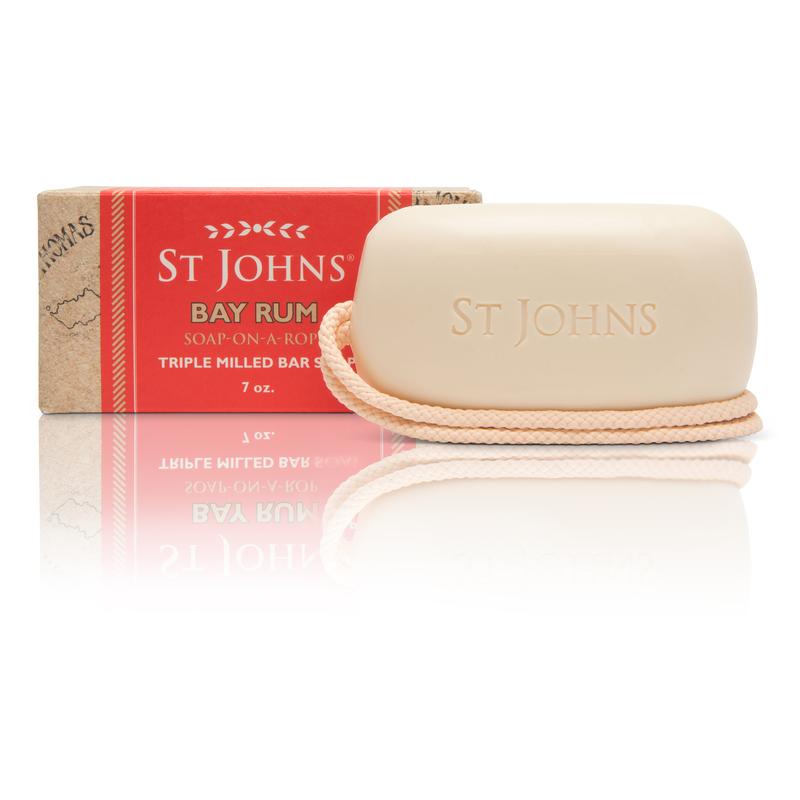 The same day that I broke my 30 year streak of no aftershave, I used the soap on a rope.  Do you know why the rope?  Don’t google.  Here:  (1) you wrap it around your wrist and you can’t drop it in the shower, and (2) you can hang it and not leave half the bar on your shower shelf emulsified.  I have always wanted to use the word emulsified in a sentence.  The soap is fantastic.  I felt clean, sure, and I smelled good, very sure, but it wasn’t at all like bathing in bay rum.  More like I walked past the factory.  Just enough, not too much.

St Johns has evolved the company in the same way that the scent evolves, and there are more offerings than I can go into, but here, spend some time on their website.  They do a good job.  It’s not scratch n sniff, but it’ll give you a sense.   They offer a diverse product line, travel sizes, even candles.

The candles are much more convenient than hanging the soap off of your bedside lamp.  Learn from me here.

Last thing.  St Johns is a trad staple.  I know that because later that day I went into J Press right outside Grand Central, and they carry it.  If that isn’t enough to convince you, try the store locator.  Then go to one of the stores you locate, and try the tester.  It’ll give you a good day.  I spent two hours with St Johns concentrated right up against my nose in a mask, and I, who didn’t like aftershave, any aftershave, liked it.  I did the same thing on the ride home that afternoon, and I liked it again.

That’s my endorsement:  I liked it so much I strapped it to my face for two hours, then did it again.