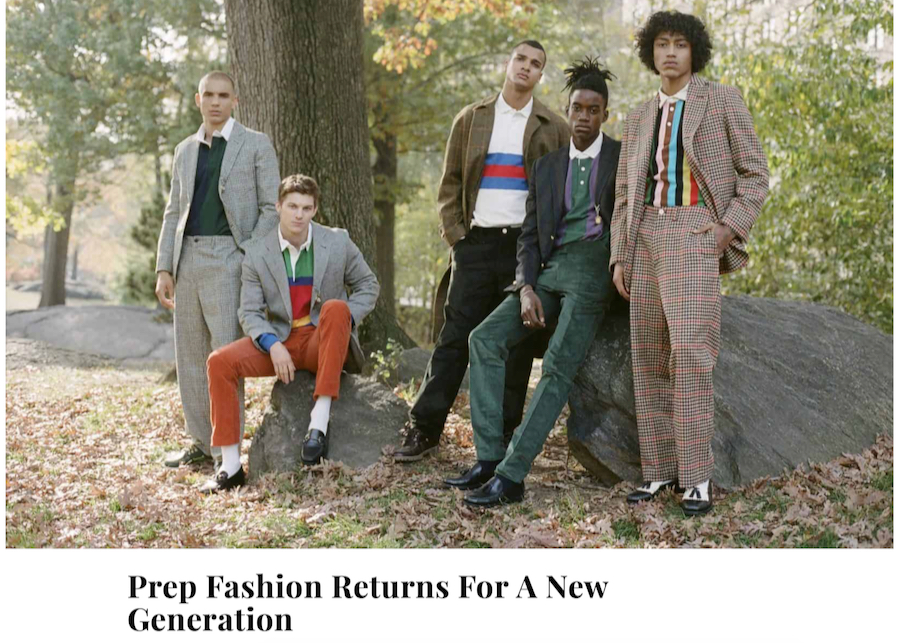 Thanks to all of you who keep my inbox full with Tradsville news, in case I miss something. Let’s start to get caught up. First off, a full four weeks ago MR, the last extant menswear trade publication, ran a large feature entitled “Prep Fashion Returns For A New Generation.” Quote:

But while prep started in the 1920s, it didn’t take hold until the ’30s (primarily on the East Coast), with a major resurgence in the 1950s. Ralph Lauren then virtually resurrected what we know as Ivy Style in the ‘70s and ‘80s, this time tweaking it to be more upper class and sexy. We had a more recent go at prep style during the #menswear movement in the early 2010s that saw our very first influencers take hold of the trend online for the coming-of-age Millennials browsing Tumblr.

Moving into today, a few emerging menswear brands like Rowing Blazers, Noah, and Aimé Leon Dore have taken the essential elements of what makes Ivy style and infused it with strains of skate, punk, hip-hop, and downtown grunge to create something far cooler, and far more inclusive, for the next generation. This go around with prep is a full-scale re-imagining of what the trend means. It’s prep for the people—all people.

“‘Preppy’ is such a divisive word,” says Michael Fisher, vice president and creative director of menswear at trend forecasting agency Fashion Snoops. “It always has been. It means many things to many people. The re-emergence we’re currently seeing is anything but the blue-blooded classics of the past 30 years. It has nothing to do with the good ole boys or the upper echelon of society. The new wave of prep is super irreverent at its core. It’s not at all about following the rules from previous generations. Instead, it’s about rewriting modern tradition and incorporating all kinds of influences into the look.”

It’s certainly the case that “preppy” is an outdated word — almost as much as “Ivy League.” After the great Internet “trad” war of the early 21st century, the term may be emerging as the best option going forward. It’s certainly the opposite of “irreverent.”

In the Ivy Trendwatch department, Robb Report writes about a new Brooks Brothers x Junya Watanabe capsule collection that is being “dropped,” as the kids say, for a “modern take on Ivy League style.” The result is what happens when fashion happens:

You probably need some smelling salts after that. Instead, take a deep breath of St Johns Bay Rum, one of our loyal sponsors. They recently introduced their “most refined fragrance yet,” Vetiver: 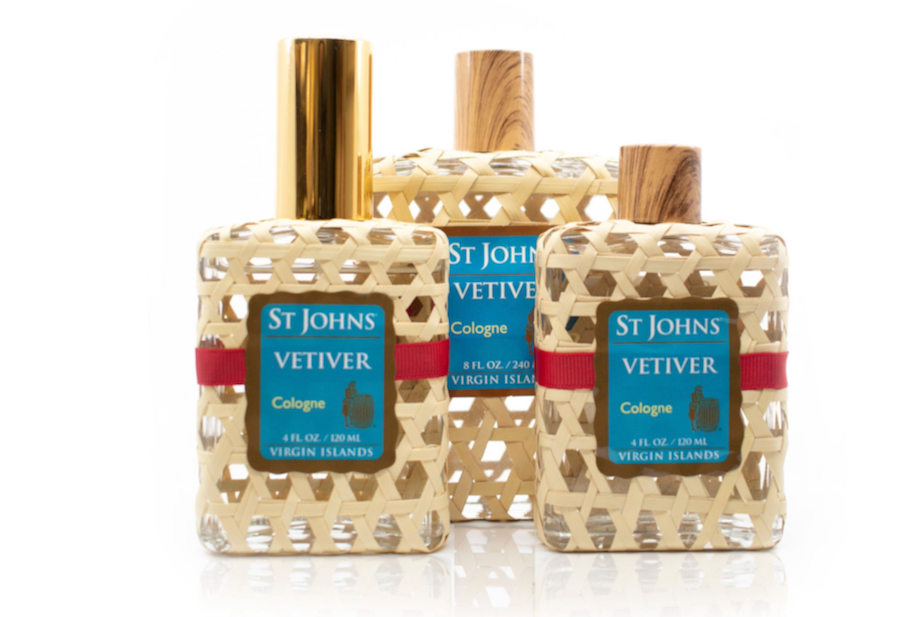 Finally, here’s a Spectator piece someone sent me on what went wrong with the Brooks Brothers shirt. Alas I see now that it’s from 2015. I guess we’re all a bit behind the times. — CC 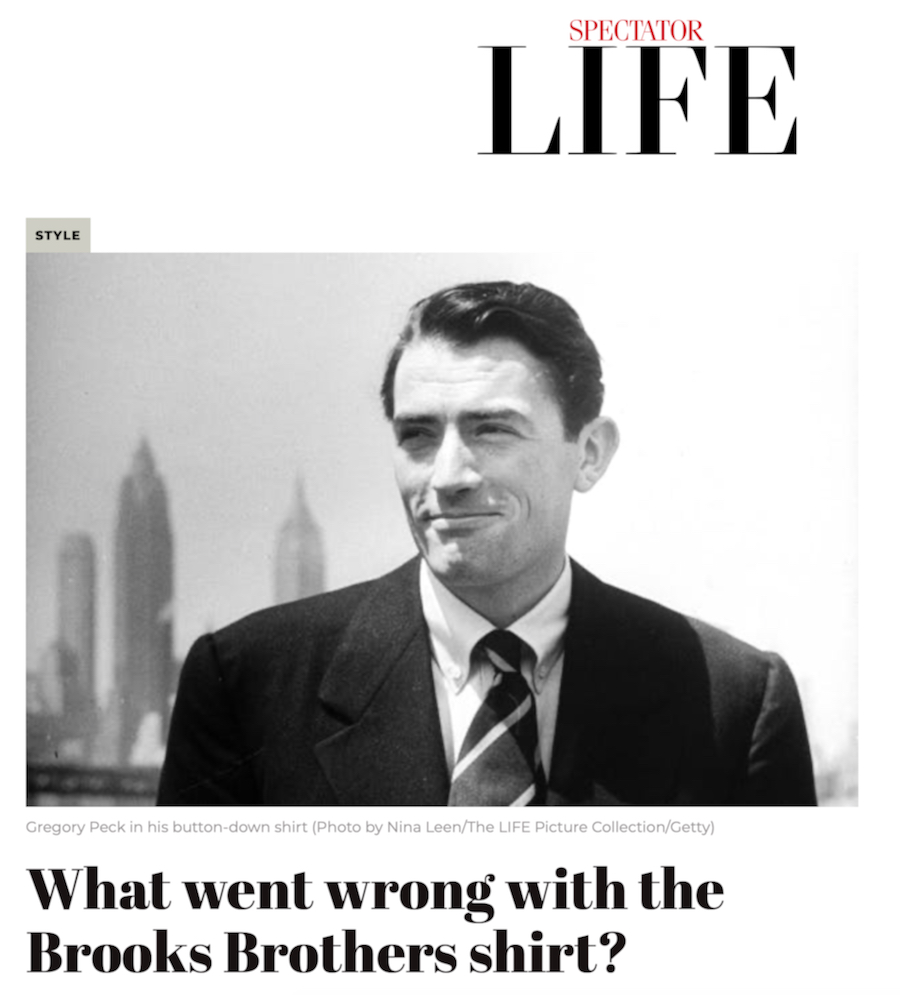 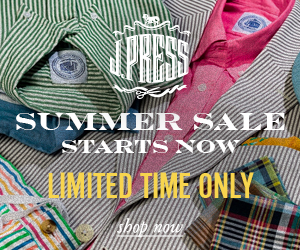