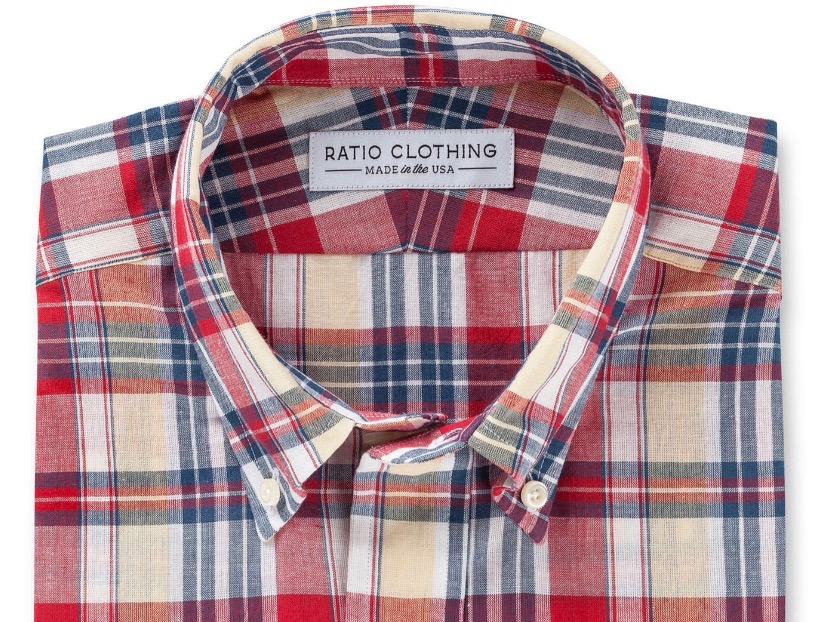 We’ve had an especially mild winter in New York that has turned into a hit-and-miss spring. New York springs are always too short, with summer just one quick subway stop down the line, and so my wardrobe is itching to shift into warm weather gear. Enter Ratio Clothing, which I challenged to make something that would please someone as fastidious as me.

Ratio Clothing has been around for a few years, building a base of satisfied clients and honing its process for getting the customer exactly the right fit and details he wants. “I was working in consulting and just had a really hard time finding clothes that fit me well,” says Ratio founder Eric Powell. “I had an especially hard time finding great-fitting casual clothing, and a great oxford-cloth buttondown was at the top of that list. Starting Ratio really grew out of just trying to scratch an itch and solve my own needs.

“As far as inspiration goes,” he continues, “I love what you’d probably call classic American style. Understated, British-influenced, collegiate, etc. I think a huge part of that is the Ivy League Look, but we’re generally looking to American style icons and iconic pieces for inspiration. You don’t have to reinvent the wheel. We try not to think about fashion so much. I can tell you one area we don’t look for inspiration: #menswear and street-style photos of guys smoking outside of fashion shows in Milan.”

I can certainly endorse that last statement. As you may have heard or just now guessed, Ratio makes a fantastic OCBD, starting at $98, which is manufactured in a certain well known Garland, North Carolina factory. Ratio’s oxfords are highly customizable, including the option to have an unlined 3.5-inch collar point. The ordering process is fairly straightforward: you fill in a series of measurements based on clothing you already own, state your fit preference from slim to full, and Ratio runs these through a proprietary algorithm to come up with a great-fitting pattern profile for you. 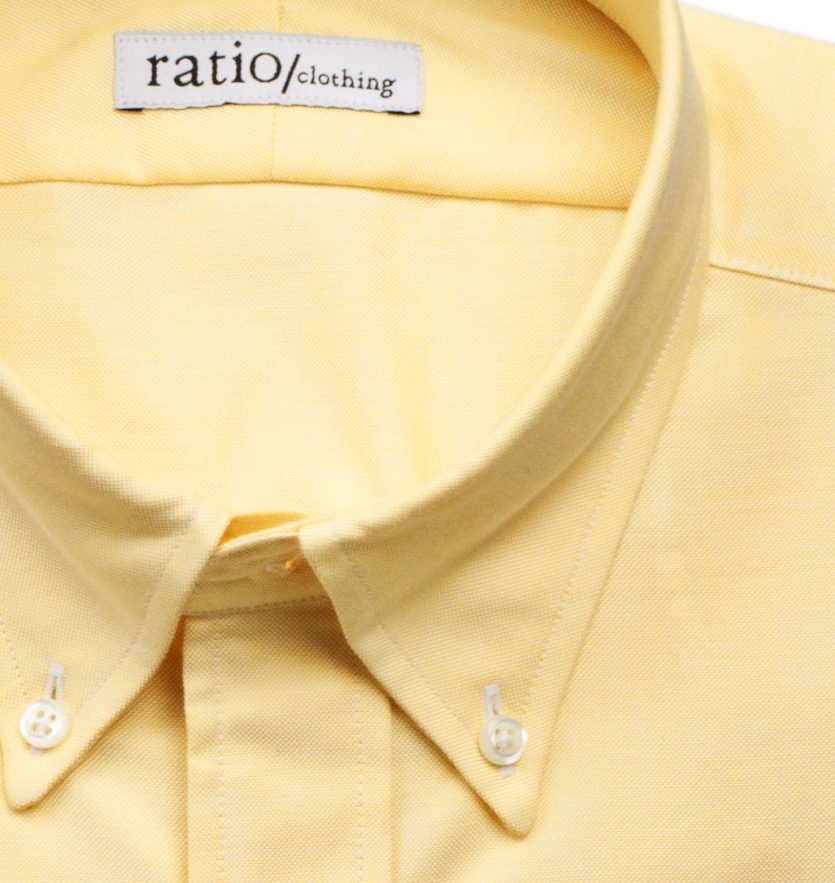 There are, however, other “secret” options for those in the know, and these will titillate those for whom a shirt is never just a shirt. For instance, while it’s hardly a secret now, the 3.5-inch unlined collar started as simply a response to customer requests. Once word got out, many customers made the same request and told their friends about it on Internet forums and social media. Another of these secret options is a flap pocket. Customers can also choose either a default split or a one-piece yoke, as well as a locker loop for the romantically unattached.

As the company refines its process, it has made some of the formerly “secret” options part of the customer blueprint. For instance, box pleats were requested so often that they are now available as an standard option. Most intriguingly, Ratio also offers the option of moving the second button of the shirt up or down. Ever since shirtmakers switched to 7-button fronts, there has been a complaint that the second button is too high, perhaps most famously discussed in the final episode of the TV show “Seinfeld”:

“The second button is the key button. It literally makes or breaks the shirt. Look at it, it’s too high, it’s in no-man’s land.” — George Costanza

Ratio’s fix has been to allow customers to move the second button to their taste. However, the remaining buttons are fixed at 3.5 inch spacing. Once I had my blueprint settled, I had Ratio make me an unlined yellow oxford-cloth buttondown and a long-sleeved madras shirt, both with 3.5 inch collars. I also opted to move the second button down three-quarters of an inch, which turned out beautifully and achieves a very cool nonchalance when unbuttoned, without noticeably changing the look when worn with a tie. Add a pocket with flap and mother-of-pearl buttons, and you’ve got one hell of a shirt.

As for the madras, the fabric is soft but textured, breathable, and with the 3.5-inch collar is a standout among my sport shirts. With spring and summer in mind, they also offer lightweight oxfords for those sane gentlmen who don’t wear full-weight oxfords in warm weather.

What’s next for the Denver-based company? It turns out they have quietly offered MTM tailored clothing (blazers, sport coats, trousers and suits) at their retail location, and plans are to expand the MTO tailoring program online later this year, most likely a blazer and seasonal sport coats.

So the secret is out: Ratio Clothing offers a great product with great value. My advice is to get those OCBD orders in soon, before the heat of summer. But if it does warm up quickly, Ratio’s got your summer-weight shirt needs covered as well. — DANIEL GREENWOOD