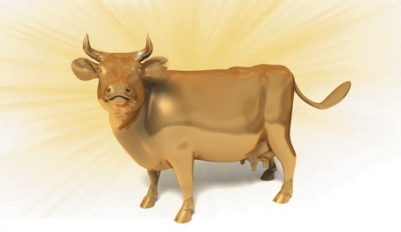 A couple years ago, when a guy at Brooks first mentioned they were considering a restaurant next door to the Madison Avenue Flagship, I thought it was a great idea. I still do. I mean, assuming there’s a bar, won’t it be the ultimate place to have a drink among fellow trads?

And for guys who work in menswear, it’ll be the obvious place to rendez-vous for a cocktail:

But some don’t think it’s such a great idea. Writing for Forbes, Jonathan Salem Baskin notes how Brooks Brothers “invented apparel retailing for America’s ruling class,” and that it shouldn’t have to look beyond its sales floor to chart its direction. But the most interesting passage is this:

Brooks Brothers never sold products that were symbols of success; rather, it was where the successful shopped to eschew symbols. Sure, there were distinctive looks to the fabrics, colors and cuts, but the brand was less about selling a lifestyle as it was selling to it.

Buzzfeed, however, took a contrary view, saying the restaurant plan is actually a return to the brand’s roots — to catering to the very robber barons that Baskin says the brand built its reputation catering to:

While plans for the retailer’s new restaurant, “Makers and Merchants,” raised eyebrows when it was first reported by the New York Post earlier this week, the reality is that the Brooks Brothers aesthetic and core customer dovetail perfectly with the prototypical steakhouse diner. Think bankers, politicians, corporate executives who have no problem dropping $200 or more on a meal for two.

One more quote about well fed captains of industry. While preparing a piece on the upcoming Gilded Age exhibit at the Museum of the City of New York, yesterday I came across the following passage in the accompanying book:

[Brooks Brothers’] reputation for fine quality was unparalleled, and many of the most famous men of New York society turned to Brooks Brothers for their evening ensembles…

Brooks may have spent the Gilded Age catering to New York’s fancy-dress-ball set, but in the 21st century the sun never sets on its retail doors. As the Buzzfeed story points out, nearly half its 300 stores are located overseas. — CC

18 Comments on "Critics Have Beef With Brooks Steakhouse Plan"