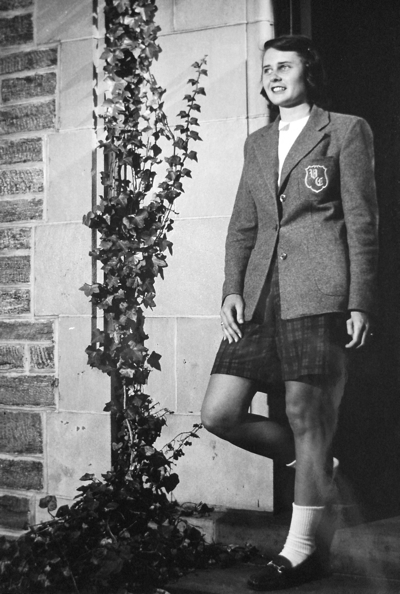 When Marilyn Monroe steps onto the screen in “Some Like It Hot,” wearing elaborate furs and gowns, her soft blond curls swept into an elegant chignon, she spends much of her time pretending to be a wealthy, well-to-do Vassar student. She is a classic example of Hollywood’s vision of the Vassar Girl: the stereotypical rich, white, smart and attractive debutante.

However, the real trends in Vassar style were not being set by a Hollywood costumer. During the 1950s, Vassar students became fashion leaders of everyday campus style for women. Just as Princeton became recognized as the leading school for setting menswear trends, so Vassar quickly became known as the most fashionable college for women, popularizing a look for girls that was the equivalent of the Ivy League Look for boys.

Founded in Poughkeepsie, New York in 1861, Vassar College was established “to be to women what Harvard and Yale are to young men.” Vassar College went fully co-educational in 1969, but following World War II, a small number of young men were admitted on the GI Bill. The relaxed clothes of these “Vassar Vets” — khakis, jeans, Bermuda shorts, Brooks Brothers button-downs and loafers — had a marked impact on the attitudes of Vassar women towards a more casual way of dressing. Suddenly it was more acceptable for girls to wear stovepipe pants (although skirts remained required for dinner), oxford shirts, denim (in moderation), plaids, tartans and Bermuda shorts, which echoed the new male influence on campus. 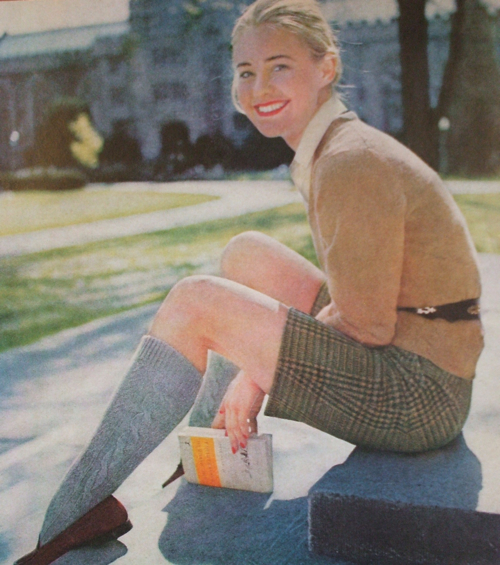 As the ’50s progressed, however, Vassar style became increasingly defined in relation to the neighboring Ivies. Many female students saw the Ivy League Look as a means of outwardly affirming their right to be in this exclusive, selective and respected academic world. “Looking too feminine wasn’t in,” recalls Mira Lehr ’56. “I started wearing less makeup and very simple clothes and hair cut — kind of a female version of what the guys were wearing at Princeton and Yale. I was dressing to show intellect and to be part of the elite.” 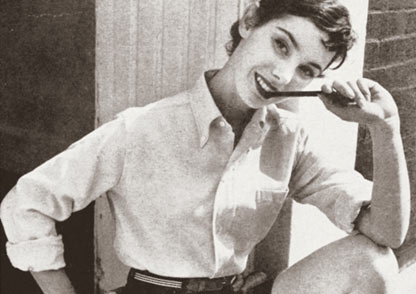 The influence of Ivy-educated fathers, brothers and boyfriends played a leading role in this transition to full-fledged Ivy style. For years, college girls had watched boys visit Brooks Brothers, J. Press and Fenn-Feinstein for their collegiate wardrobe, and now girls rushed to these same stores to purchase their own college collections.

Vassar style was almost “a direct clone of men’s Ivy League style,” remembers Karen VanderVen ’59, adding that girls even wore menswear in small sizes to get the genuine look. Brooks Brothers had launched its women’s capsule collection in 1949, presumably profiting from the popularity of classic menswear pieces on Seven Sisters campuses. Yet many women continued to prefer the look and feel of a classic men’s oxford. 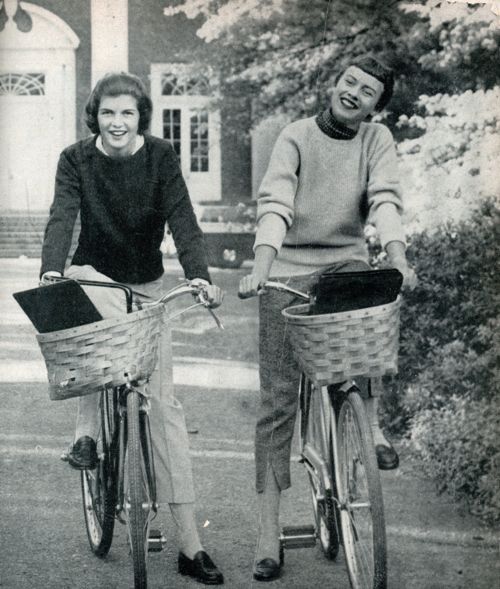 In fact, Brooks Brothers remained a key link between collegiate men’s and women’s dressing. As Lehr recalls, “The more you could buy from Brooks Brothers, the better. I ran to Brooks Brothers to buy everything; the store had an attitude that made you feel you were part of this select group who were smart, privileged and had great futures.” This was partly due to the fact that the New York store, close in proximity to Vassar’s Poughkeepsie location, regularly offered dedicated customer service to Vassar girls packing for college, providing them with personal assistance in selecting every garment they would need in order to dress the part on and off campus.

Ultimately, the definitive 1950s Vassar Girl uniform began to dissipate with the dawn of the ’60s. Much like the demise of its central inspiration, the Ivy League Look, classic Vassar style was considered anachronistic and irrelevant by students by the late ’60s. By the time the school went fully co-educational in 1969, skirts were no longer required for dinner, the Bermuda short was replaced by denim, and the preppy, privileged Vassar look was disregarded as a sign of an old-school elitism undesirable in Vassar’s new, more egalitarian, co-ed environment. The 1950s really was the golden age of iconic Vassar style, and probably the last time you could spot a Vassar girl by her Bermudas. — REBECCA C. TUITE

22 Comments on "Boyfriend Jacket: The Vassar Girl and the Ivy League Look"