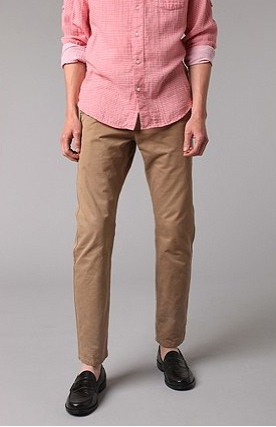 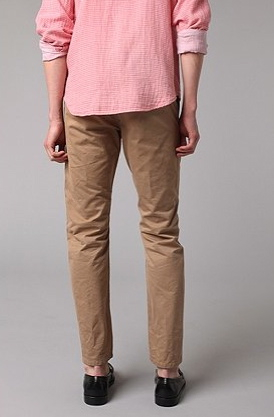 Previously we reported on the similarities between Gant Rugger’s Spring 2010 collection and Hayashida’s ’60s photo book “Take Ivy,” and now the sartorial breviary appears to have inspired another brand, this time Dockers and its flood-length chinos.

Urban Outfitters is now offering an exclusive Docker pant called the Ankle Chino. With a slim cut, tapered leg and 30-inch inseam (the only inseam available — talk about target marketing), the chinos are shown paired with beefroll Weejuns and no socks for a reverberating Princeton ’67 vibe.

“There was definitely an American preppy/Ivy influence when the pants were being designed,” Dockers spokesman Shaun Lewis told Ivy-Style. — CC