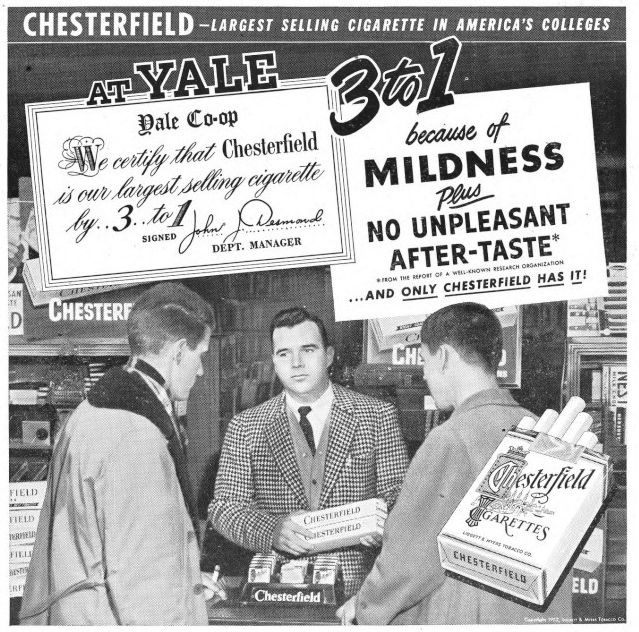 In my junior year of college my dorm room was decorated in a retro manner. One day a salesman hocking fake Polo and other fragrances popped his head through my open doorway. He took a look at two pictures on the wall and said, trying to break the ice, “Are those your folks?”

Slightly annoyed by the intrusion, I glanced over to see that the salesman was referring to a pair of Chesterfield cigarette ads depicting Perry Como and Joe Stafford.

Thirty-five years before I even set foot on campus, brands such as Chesterfield, Lucky Strike, Philip Morris and Camel were already locked in struggle to win the hearts, minds and lung tissue of the college crowd. Recent discussion of smoking on the site got me looking at the advertising directed at the college and university students. Most of the images presented here are from 1950-54. They break down into celebrity endorsements, with college and university class affiliation noted, student taste-test endorsements, popularity via sales volume at the co-op or college tobacconist, and student survey and humor.

The Lucky Strike jingle-writing contest ran during this period also. College students got to be junior “Mad Men” with a $25 prize for winners. Princeton winner Richard Boeth, class of 1954, when asked by the Daily Princtonian how he planned to spend his prize money, said, “I’ve drunk it up already,” indicating cigarettes weren’t his only vice. The ads became a combination of cornball jingles and exploitive sweater girl drawings, which is probably why I like them.

Every time we visit this theme we get our fair share of abuse.  Seems there is little empathy anymore for what fashion writer Paul Keers called “a generation who believed that a drink before and a cigarette afterwards, were the three best things in life.” — CHRISTOPHER SHARP 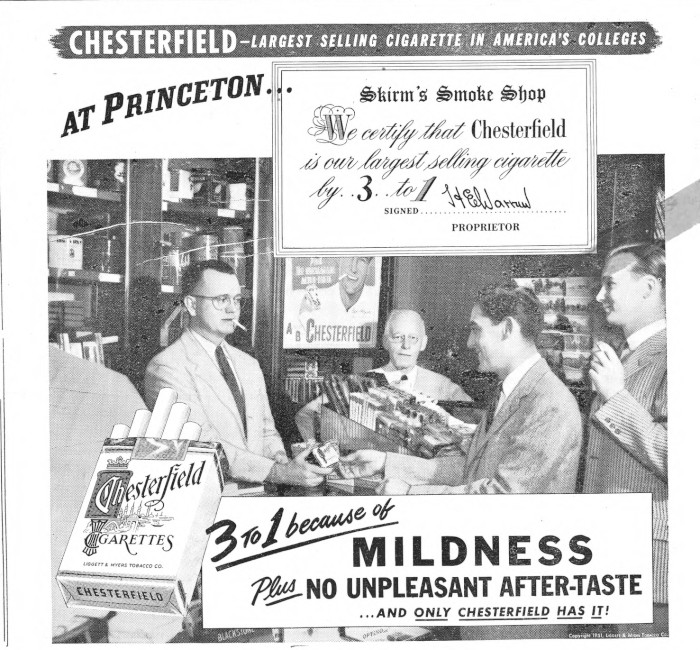 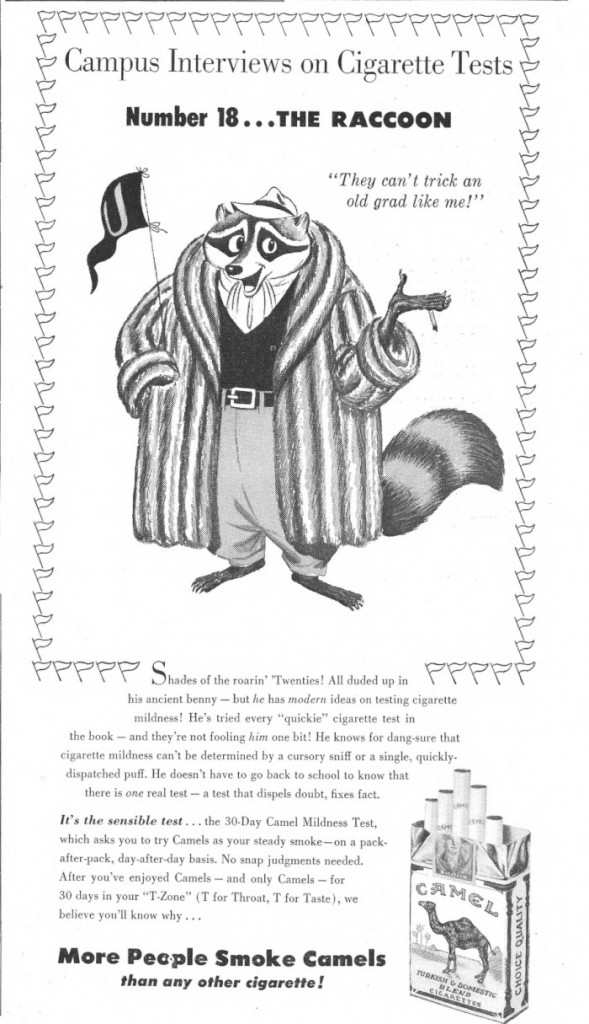 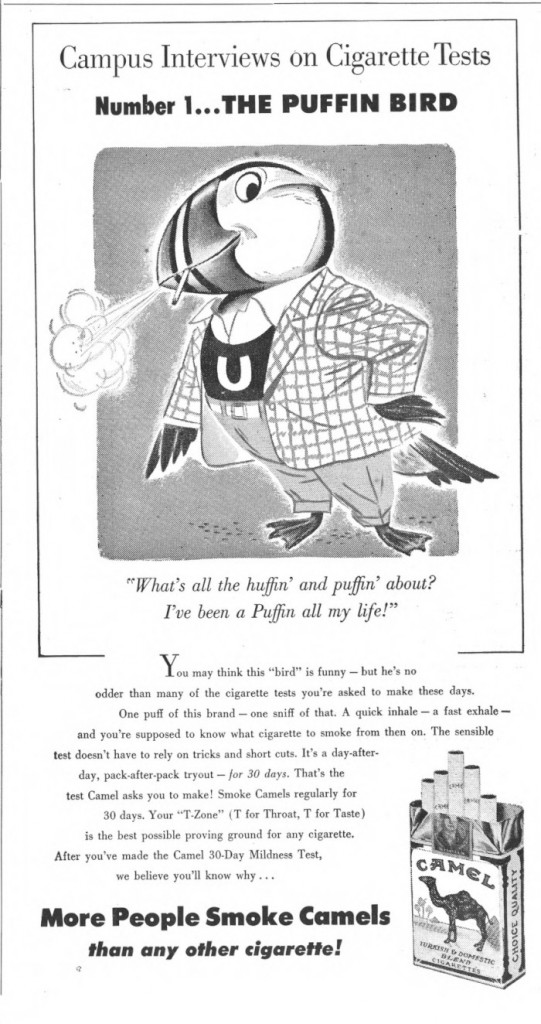 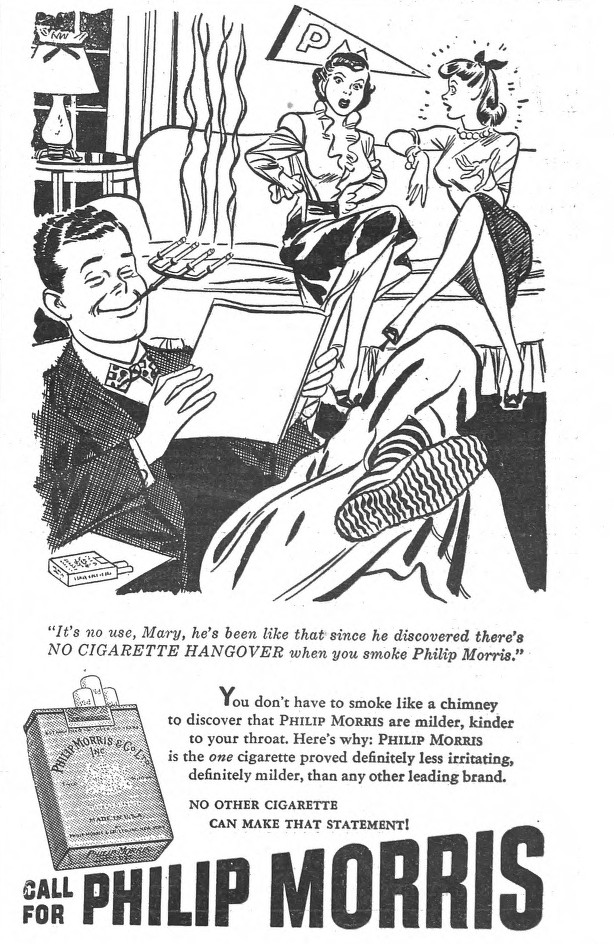 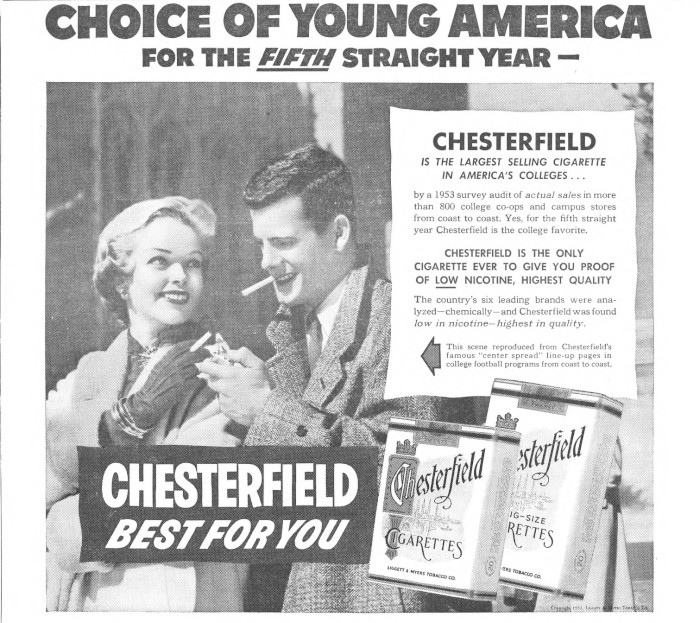 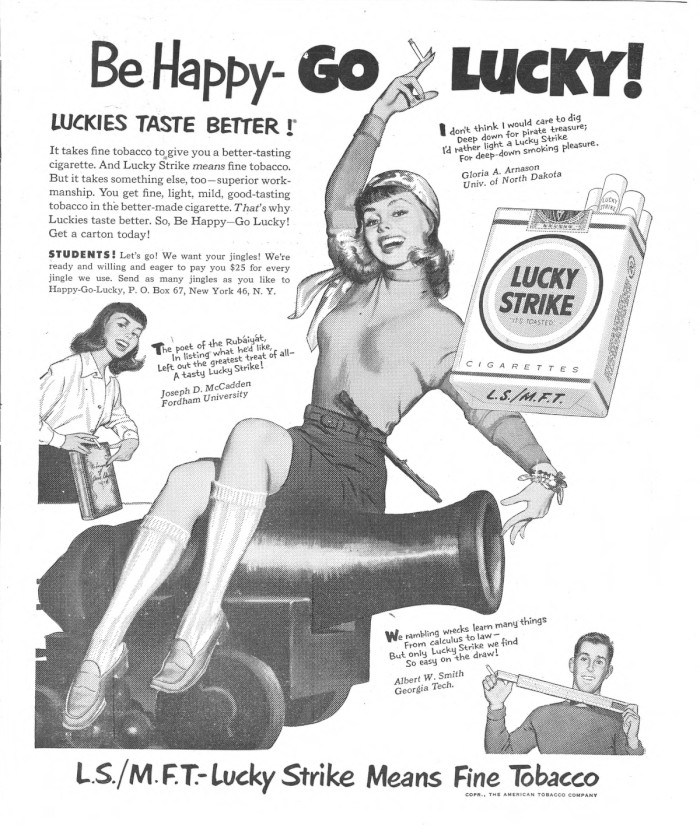 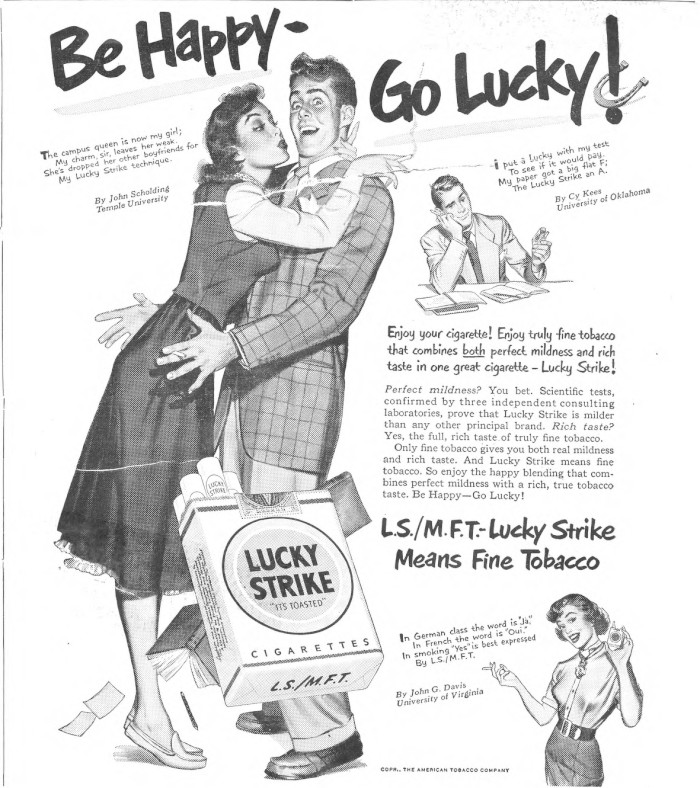 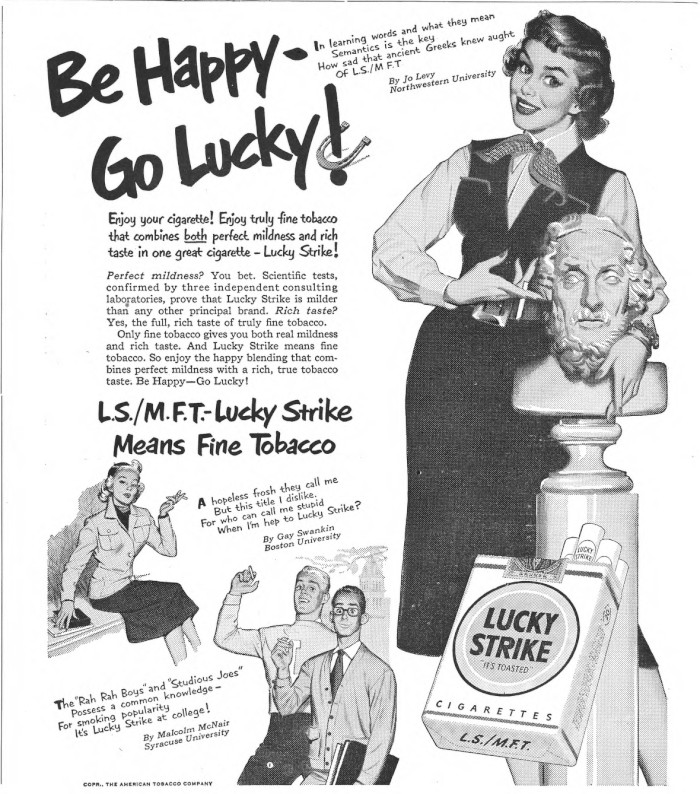 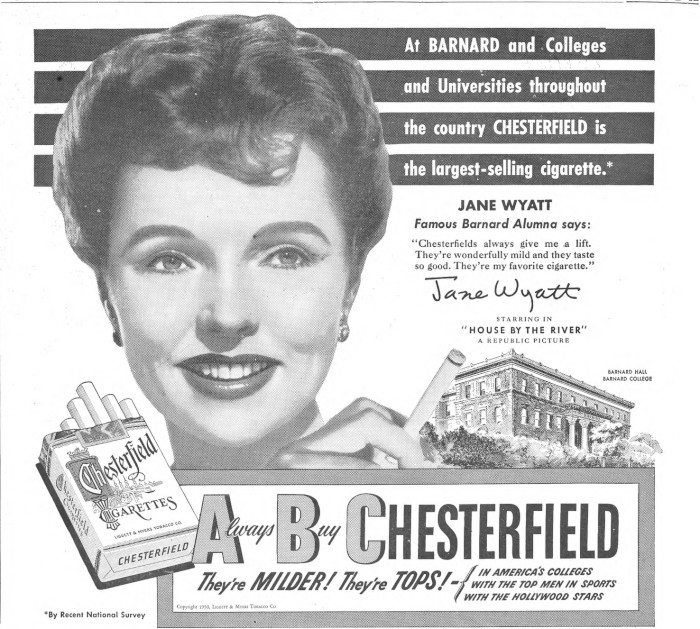 24 Comments on "From The Ashtray Of History: Vintage Campus Cigarette Ads"