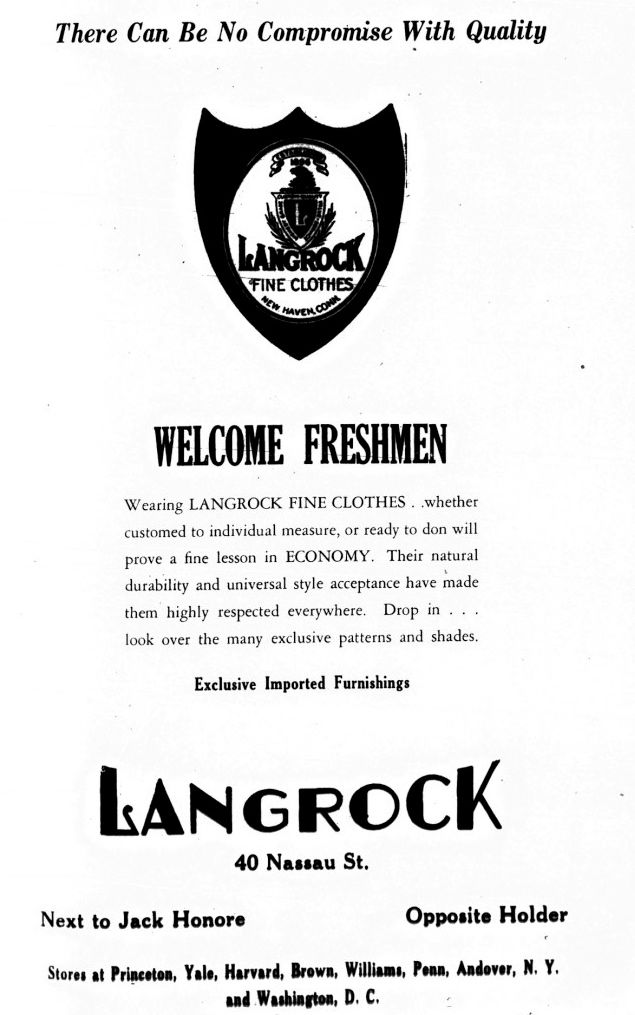 Starting today Ivy Style celebrates the back-to-school season. We’ll start over the weekend with vintage ads from college papers welcoming freshmen and telling them where to get correct clothes. And next week you’ll get entertaining reads on the heyday from all of us. — CC, CS & RVP 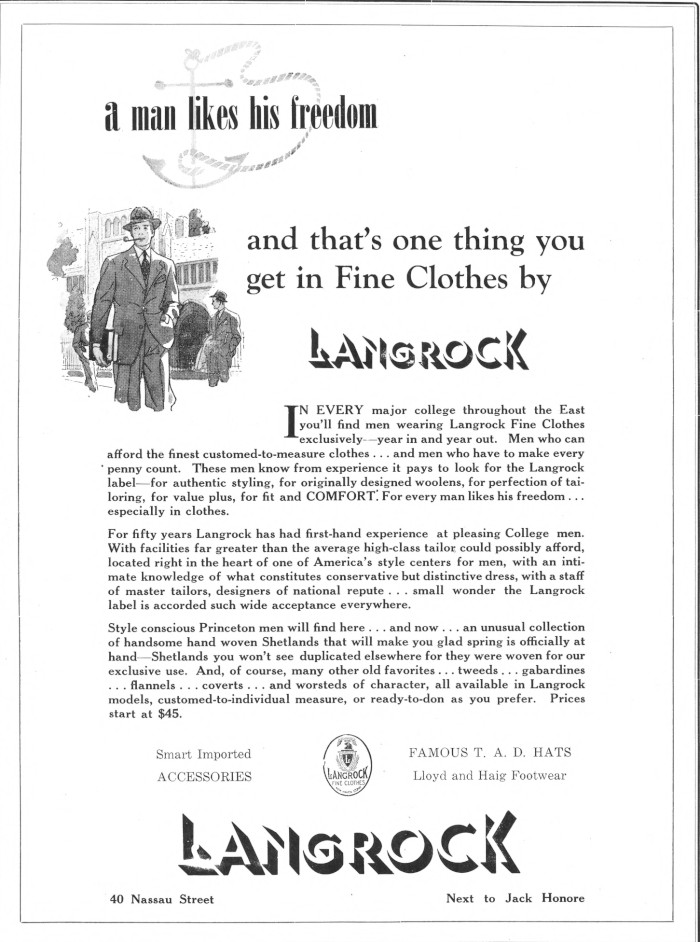 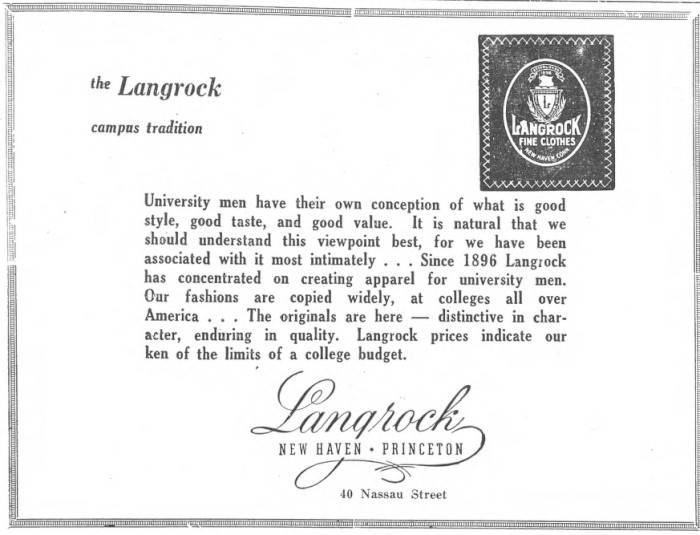 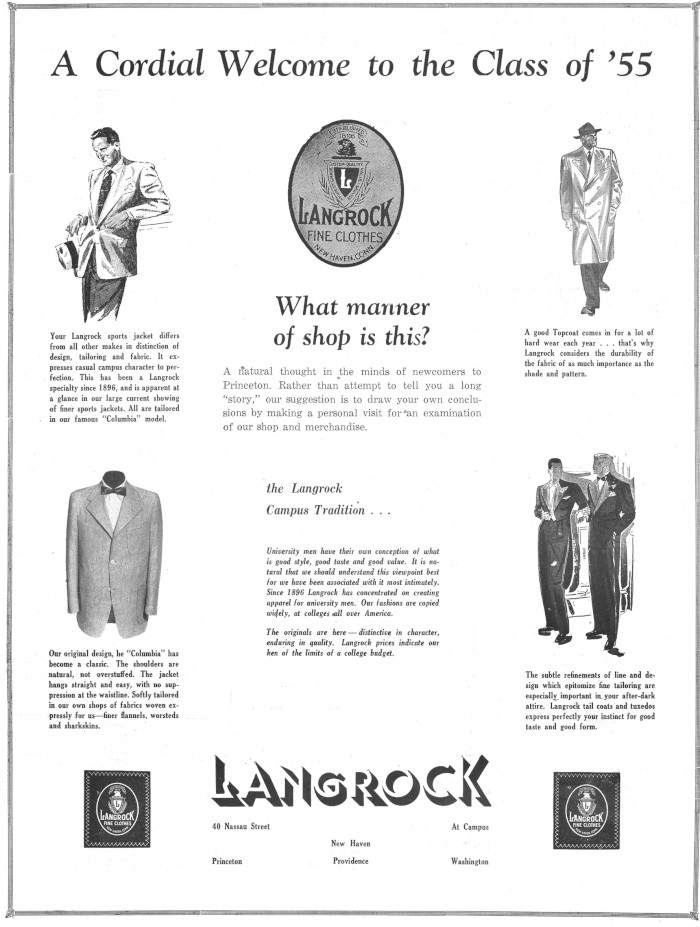 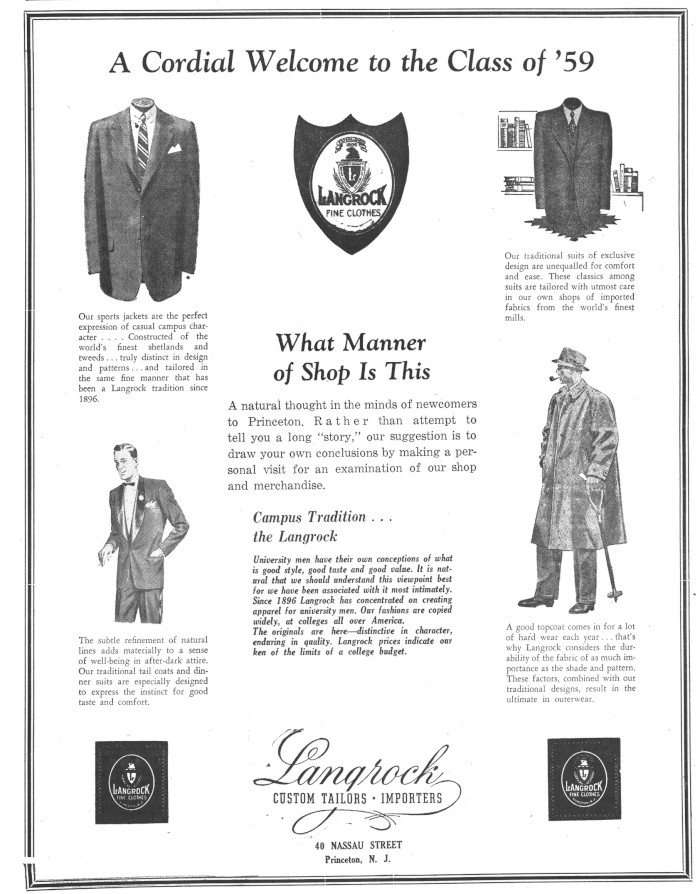 37 Comments on "Back To School With Langrock"