Yesterday K. Cooper Ray, the Southern gent behind Social Primer, debuted his new mini-collection of neckties and blazers. Previously Ray had collaborated with Brooks Brothers, but has now struck out on his own. Held at a presigious private club, models were supposed to represent fraternity pledges and the blazers, in navy and red, come with a student-loan price tag of $1,200.

Neckties consisted of contrasting rep patterns such as this one:

And the inevitable pink and green:

This guest’s madras jacket caught my eye. His name is David Van Fleet Bloys and he runs the blog Necessary And Proper: 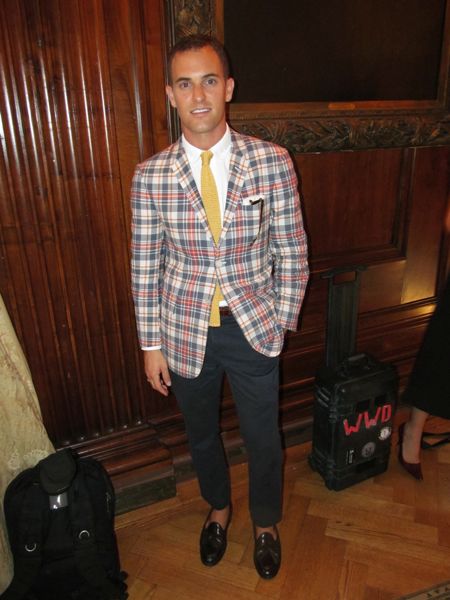 And last but certainly not least, Lisa Birnbach strolled in with sweater over shoulders and laptop case that looks like an antiquarian book. — CC