Take a five minute break and listen to some music. Actually, you’ll need more like 15.

Last night ABC’s “World News Tonight” reported on a new documentary on the plight of music in Pakistan. An important topic to be sure, but what does that have to do with us here?

The story recounts a 1962 goodwill trip by Americans to Pakistan, which included First Lady Jackie Kennedy and cultural ambassador Dave Brubeck, who’s been featured on Ivy Style a number of times.

The news feature goes on to show a version of Brubeck’s hit “Take Five” played by a Pakistani orchestra. Apparently the song was recorded some years ago and for a time was the top jazz download on iTunes. But the documentary about the supression of music in Pakistan, “Song Of Lahore,” was just released last month.

Above is Brubeck’s group in 1964, the epitome of bespectacled jazz-geek-cool, doing their hit number. Below, the news segment:

And finally, “Take Five,” which takes its name from its 5/4 time signature (tap your feet along — it’s fun), as you’ve never heard it before. — CC 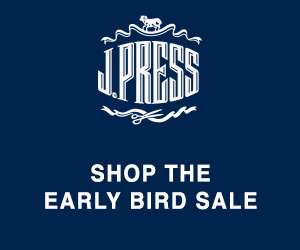