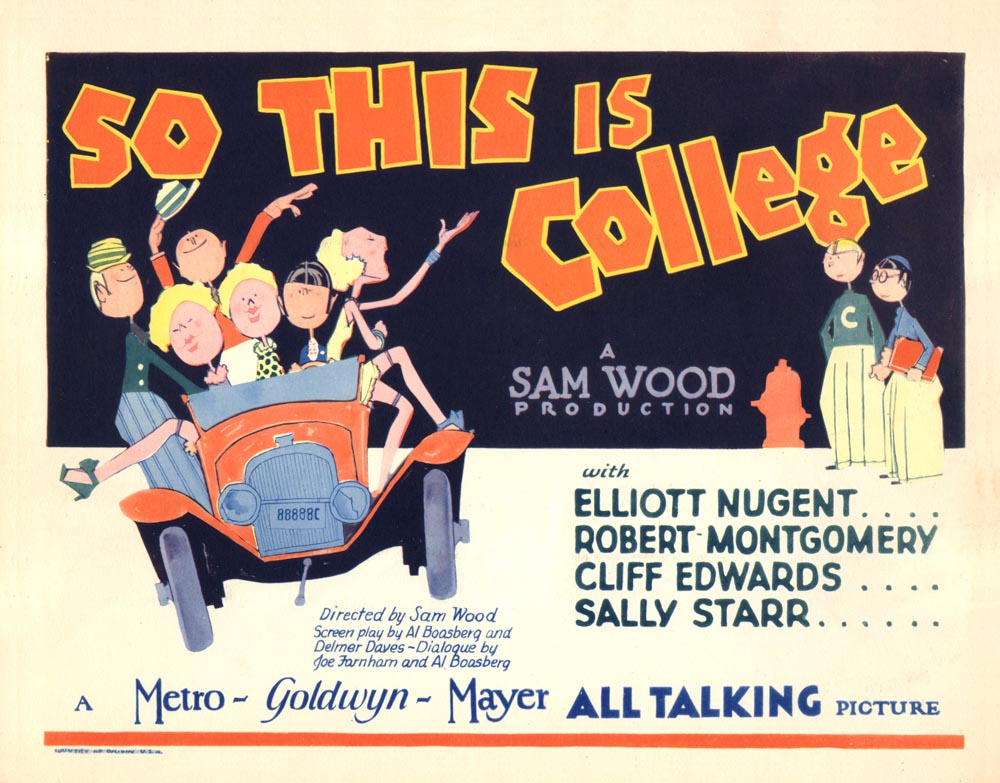 One of most interesting aspects of the Ivy League Look is that while it campus dress was extremely formal in relation to that of today, it was relatively casual in relation to off-campus dress of the time. Historian Deidre Clemente has shown how college kids invented the very concept of being dressed-down in her book “Dress Casual.” Take the film “So This Is College” from 1929. In the preview available on Rotten Tomatoes the young gentlemen — students at USC — are noteworthy for the formality (from our point of view) of their suits and ties yet also their general disregard for their clothing. Look at the way the plop down on the lawn without a second thought, and the way one guy teases his roommate by standing on his laundry. The film also shows the difference between the early days of the Ivy League Look and what is remembered as “Joe College” garb from the ’20s. While the raccoon coat trend may have begun at Princeton, some of the more rah-rah outfits, such as oxford bags, seem to have been more of a Midwestern state school look. According to the Brooks Brothers book “Generations Of Style,” Brooks “refused to sell” oxford bags. This post has been updated with a nifty dance number clip below.— CC