Today in 1818 Brooks Brothers opened its doors. Let that sink in for a bit. Two centuries ago. Had it never been founded, would the Ivy League Look have ever been created? Perhaps college men and Eastern Elites would have just dressed like Englishmen. The Ivy Style community is the company’s toughest critics, but I think on this day we should be grateful rather than grumbling.

Head over to this page on the Brooks website to see the range of content and collections in celebration of the brand’s 200th. — CC 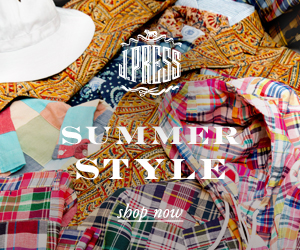