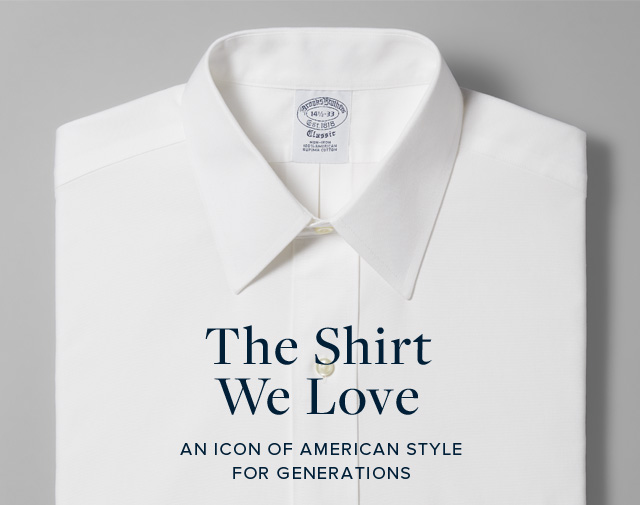 Today Brooks Brothers sent out an email blast with a graphic emblazoned with the words “The Shirt We Love.” It’s fitting that the shirt features a straight collar, because Brooks’ iconic shirt for the past century — the buttondown — hasn’t been getting much love from the trad community recently.

The latest purist to bemoan the lined and fused collar that no longer boasts its distinctive nonchalant roll comes from across the proverbial pond. This weekend’s edition of The Spectator features the straight-to-the-point headline, “What went wrong with the Brooks Brothers’s shirt?”

Included is a photo of Gregory Peck:

… Disaster struck. Brooks Brothers — which had more or less invented button-downs, borrowing the idea from English polo players — changed its recipe. For reasons I still can’t fathom, at some point in the 1990s it shortened its collar lapels so that they sloped straight down to the tiny buttons. This had the effect of flattening the elegant roll so that it virtually disappeared, making Brooks Brothers shirts look like the run-of-the-mill button-downs sold on the British high street. With one snip of the scissors, the Ivy League look was gone.

41 Comments on "Passing On The Roll Of A Lifetime"