By 1980 it was crystal clear: “The sport shirt of choice is Lacoste,” declared The Official Preppy Handbook. “Only the all-cotton model will do, the one with cap sleeves with the ribbed edging, narrow collar and two-button placket (never buttoned).”

How did a French shirt with a crocodile for a logo become the go-to preppy polo? Our story both begins and ends with the initials RL.

French tennis great René Lacoste was an innovator on and off the court. With a smart rearcourt-based game, he won 10 major titles and made 51 Davis Cup appearances as part of a quartet of French tennis legends revered to this day as The Four Musketeers. After retiring he developed the first metal tennis racquet and tinkered with golf club designs. His New York Times obituary noted that he kept working on racquet patents and painting landscapes until his death in Southwest France in 1996. 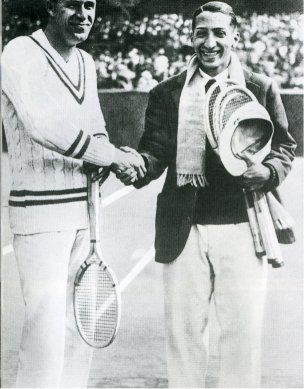 Lacoste gave the world his namesake shirt in 1929. The OPH is right to call it a sport shirt, for Lacoste developed it as an alternative to the more constricting tennis shirts of the 1920s. Cotton piqué fabric and a button placket provided comfort and breathability. Sleeves with elastic ribbed edging stayed in place while players moved. These features appealed to American tennis and golf players, says Alan Flusser, where the brand began appearing in the 1950s. Flusser also notes the rack (soft) collar and longer tails of the shirt, which helped it stay tucked.

Simply stated, Lacoste’s original shirt is the polo as we know it today. But for its time it was revolutionary, right down to the logo on the left breast, which was a first. By the time it arrived Stateside, “There was no classic, singular polo shirt,” says Flusser. Competing sport shirts of the era from Allen Solly, Lyle & Scott and others were generally more drapey, fully fashioned and made of synthetic fabrics, such as Joseph Bancroft & Sons’s “Ban-Lon.” These polyester shirts “had a slick, sleek handle, were rather shiny and not very porous,” according to G. Bruce Boyer. Not the sort of thing that served you well for a round of doubles at the club.

Lacoste was initially available in the States in “elite specialty shops in Palm Beach, Newport and Southampton,” remembers Richard Press of the J. Press family, in addition to “favored pro shops at private clubs.” J. Press began carrying the shirts in the early ’70s, “after years of Fred Perry, when the distributorship of Perry started to fade and ownership passed out of Perry’s hands.” Lacoste’s US sales rep “agreed to restrict distribution so as to restrain competition with certain of our opposition,” says Press.

Several factors accounted for Lacoste’s popularity among the prep set. Press highlights the shirt’s quality, nation of origin, fit, design and “brilliant colorings.” Flusser theorizes that the French sizing was an insider’s status symbol that enhanced the shirt’s appeal. And for Boyer, the timing was just right for the shirt’s popularity: By the ’70s Lacoste “was worn by every college golf and tennis team player, probably because it was a well made shirt and had the imprimatur of an historic tennis pro.” 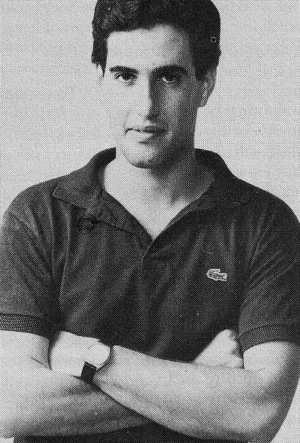 Then there’s the ferocious crocodile logo. Often mistaken for an alligator, it comes from the nickname Monsieur Lacoste earned on the court, where he outlasted rather than overwhelmed opponents. Perhaps it too was a factor in the shirt’s popularity among preps, whose fondness for critters on their clothing is well known.

Lacoste himself could not fully explain it, but he seemed to think the very unlikeliness of it was part of the appeal. “I suppose you could say that if it had been a really nice animal, something sympathetic, then maybe nothing would have happened,” he said in a 1973 interview. “Suppose I had picked a rooster. Well, that’s French, but it doesn’t have the same impact.” 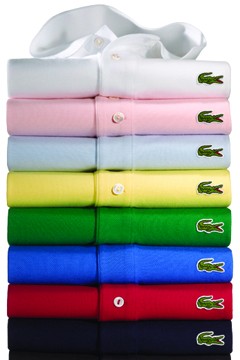 Competitors such as Le Tigre followed in the ’70s. But it was another innovator with the same initials whose polo shirt would come to dominate the market: Ralph Lauren.

Flusser, who is writing a book about Lauren, says the Lacoste polo “was clearly the inspiration for Ralph’s shirt.” It had all the same features when it first appeared in 1972, except of course with a polo player for a logo instead of a crocodile.

If René gave us the polo shirt as we know it, Ralph — “with his brilliant public fashion instinct,” as Press puts it — gave us the broad selection of polos in every imaginable color, pattern and design we now see in stores. Polo’s polo was also well-made in a way that Lacoste’s, as its popularity soared in the ’70s and quality control declined, ceased to be. Polo was Lacoste, only better.

What Lauren did not bequeath was the designation of this particular style shirt as a “polo shirt.” That comes from the fact that polo players took to wearing them during matches, notes Flusser. Of course, the polo shirt is not to be confused with the “Original Polo Button-Down Shirt,” otherwise known as the classic Brooks Brothers oxford, which was inspired by John Brooks’ attending a polo match “where he observed the players’ shirts secured with buttons to keep them from flapping in the wind.”

In any event, Lauren’s shirt became the cornerstone of the Polo empire. Lacoste’s, meanwhile, disappeared from the shelves of J. Press and the mainstream retailers that came to carry it, although a revival of the Lacoste brand over the past decade would make the shirts widely available once again.

Indeed, the Lacoste polo is alive and well in France today. At the French Open (or Roland Garros, as the French call it), which ended last Sunday, the famous crocodile logo was everywhere: On players skidding across the signature red playing surface; on umpires announcing “egalité” (or “deuce,” as the rest of the world says); and in the multiple Lacoste boutiques on the grounds of Roland Garros, where €38 t-shirts commemorating the company’s 40 years of sponsoring the tournament competed for buyers’ attention with €50 baseball caps.

But one had to look a bit harder to find the classic polo. The Lacoste shirts that players such as Andy Roddick wear today “bear little or no resemblance to the original,” says Flusser. And on weekends in the Hamptons, Flusser, a skilled tennis player himself, notes that it’s not Lacoste that he sees others wearing, but Polo.

It’s all a far cry from the ’70s, when, for “the Gucci slip-on bridle loafer set,” Flusser recalls, Lacoste was simply “part of the uniform.” — MATTHEW BENZ

51 Comments on "Le Crocodile: How Lacoste Became The Preppy Polo of Choice" 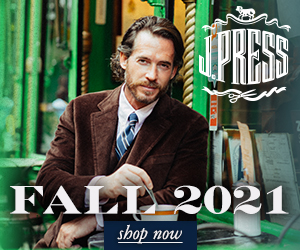