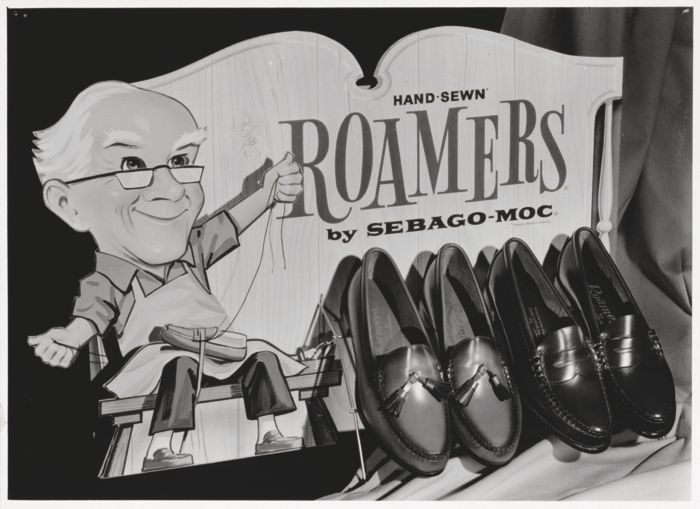 In 2011 Josh Sims released a coffee-table book entitled “Icons of Men’s Style.” The icons in question are not well dressed men but rather clothing items, and include such trad staples as khakis, buttondown shirts, tweed jackets and sack suits. The section on shoes includes some interesting facts about penny and tassel loafers:

The origins of the modern loafer are as much in accident as in intent. American shoe manufacturers were looking for a style that would be definitively their own, rather than effectively an import from the famed English shoemaking towns in Northamptonshire. It came during the 1930s when New Hampshire-based Spaulding marketed a soft, slip-on style of shoe it called the loafer, with everything the name implied of comfort and leisure.

Around the same time, in 1936, an employee of G.H. Bass, also an East Coast manufacturer, based in Wilton, Maine, brought a hand-sewn, moccasin-type shoe back to the company after a trip around Norway. The style was traditional to the indigenous Sami people and Scandinavian fishermen, who wore the shoes when they were not at sea, and was also associated with Native Americans, who wore rough-hewn deerskin shoes without stiff soles to aid movement – silent movement at that. These were so comfortable that they were worn by early traders – and by the end of the eighteenth century settlers in America were sending the shoes to Europe. One story has it that fishermen in Norway adopted them when Norwegian explorers returned from North America, creating a circular exchange.

Inspired by its employee’s find, Bass added a thick sole in order to make the style sturdier, dressier and suitable for the United States market, as well as what would become the design’s most celebrated aspect: a vamp saddle or strap with a cut-out, diamond-patterned slot. It called the style the Weejun, a corruption of Norwegian.

The slot was intended to be a purely decorative detail. But when American college students began to wear the style – comfortable and smart, but sufficiently casual to avoid being corporate – during the period after the Second World War that saw the birth of the teenager, they slid a coin into the slot, hence the style’s nickname: the ‘penny loafer’. One company, Kerrybrooke, even produced a shoe, the Teenright Smoothie, complete with a good luck coin. Such was the loafer’s almost overnight popularity that the University of Carolina’s newspaper, The Daily Tar Heel, ran an article that asked ‘What are Bass Weejuns?’, and declared wearers of the shoes were ‘with it’. Almost inevitably, James Dean, embodiment of the 1950s teenage archetype, made loafers part of his uniform of denims and white T-shirt. Elvis Presley wore a white pair in Jailhouse Rock (1957).

The pennies were not the only flourish that added distinction to an otherwise streamlined style. In 1952 – supposedly at the request of actor Paul Lukas, star of 1938’s The Lady Vanishes and 1943’s Watch on the Rhine – US shoemakers Alden (also an East Coast company, from Massachusetts) created the tassel loafer. For them the tassel, in effect a lace that passed through the shoe’s upper and ended in a knot of leather, was not only a debonair touch; it suggested the shoe fitted so well without laces that none were required. When Brooks Brothers decided to carry the style from 1957, the loafer’s place in the preppy wardrobe was assured. Other decorations followed. US brand Sebago, for example, introduced the beef-roll – a thick tube of stitched leather at both ends of the vamp saddle. Kiltie fringes were also popular, as was the Venetian style with no vamp saddle or decoration. Gucci’s lighter-weight, status-symbol style – beloved of the likes of John Wayne and Clark Gable – replaced both slot and tassel with a snaffle bit.

Some of Sims’ other sections on American style are a bit more odd, such as this passage in the section about buttondown shirts. Well, he is from the UK. — CC

The button-down was more comfortable, more bohemian and almost avant-garde, and by 1915, along with brooks Brothers’ Number One Sack Suit, was part of wealthy collegiate life, especially at America’s East Coast educational institutions Harvard and Yale. 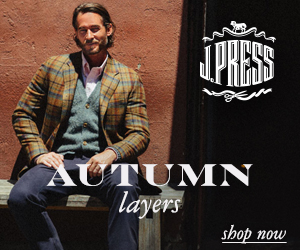